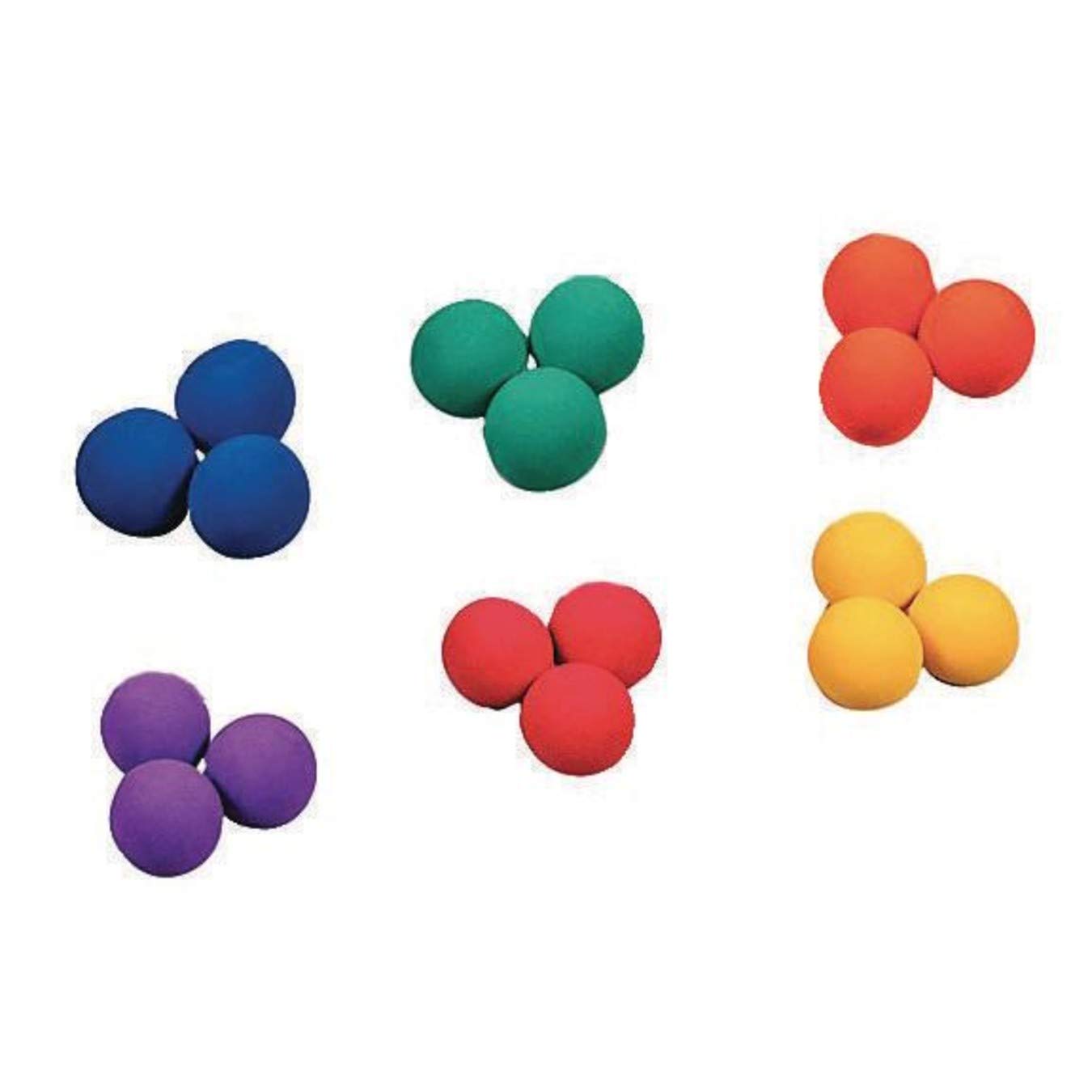 Set of 18 foam golf balls, each measuring approximately 1. 7" in diameter. Non-dimpled foam balls are the same balls that come with our W10225 Golf Putter and Target Set. Not recommended for use with real golf clubs.